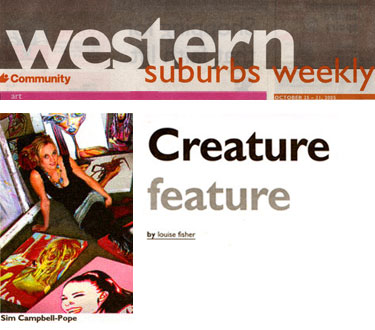 A recent working holiday in Europe has inspired Claremont artist Sim Campbell-Pope to create a series of colourful paintings to be exhibited at the Little Creatures brewery, Fremantle. Campbell-Pope has lived and worked in London since 2003 and recently returned to perth in March this year. She worked for magazines while overseas, where she designed ads, took photos, modelled clothes and organised celebrity charity events.

Campbell-Pope said that since her return to WA she had finally found time to do what she truly loved- painting, and will hold her first exhibition Wednesday, October 26, to November 21. About 20 pieces will be on show. She said that during her travels she had found little time to put brush to canvas. "All these ideas and inspirations have been brewing in my head, waiting to come out," she said.

Campbell-Pope said her modern pieces were inspired by many themes, including faces, friends, parties, travel, fashion and culture. "Much of it seems to be based on pop art and fashion," she said. "Some of the paintings derive from little sketches and drawings I have done, or images I have found from playing around with photographs."
Campbell-Pope said she hoped to focus on her art full- time and hold future exhibitions. 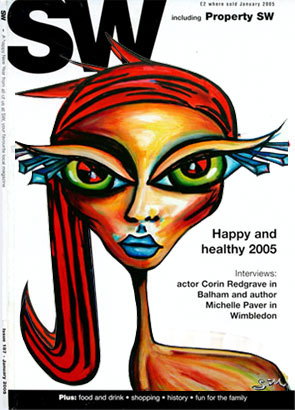